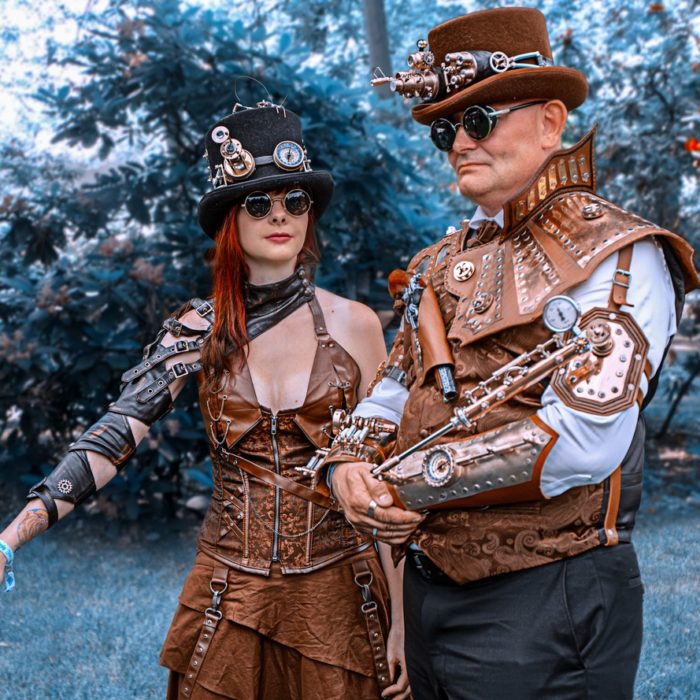 Steampunk vs Dieselpunk vs Cyberpunk 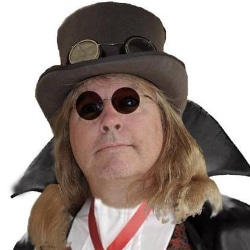 Steampunk, dieselpunk and cyberpunk: three genres of science fiction that people love to classify as the most popular ones. But what do they actually mean?

Well, it all depends on which one you’re talking about. Steampunk is a subgenre of science fiction set in an era dominated by steam power or its equivalent; dieselpunk is a genre that takes place in an alternate history where World War I never ended and there was no such thing as electricity; cyberpunk usually features high-tech but low life settings with characters who are marginalized either physically (cybernetic implants) or psychologically (brain hacking).

So if you’ve ever wondered how these three genres relate to each other and why people can be so passionate about them, here it is! 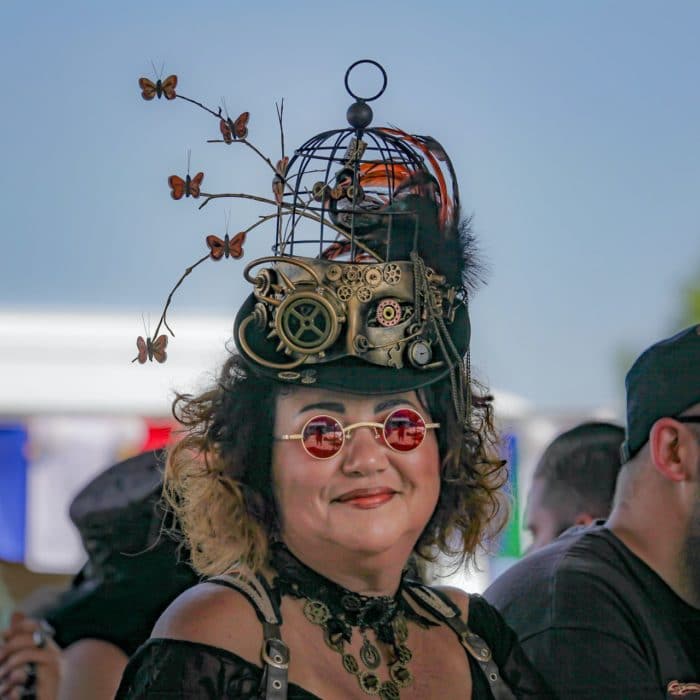 In a nutshell, steampunk is concerned with an alternate reality taking place in the Victorian era where everything is run on steam power (or occasionally clockwork).

The clothing, furniture, and other design elements of steampunk feature rich fabrics, top hats and tails, corsets, leather and brass, ornate scrollwork, steam-driven pistons, and gauges – a more ornate and civilized style. There is often the noted difference between those in the monarchy and the rest. This new technology makes the future so bright that have to wear shades (well, dark goggles at any rate).

Dieselpunk takes place around the time of the First World War, where diesel power was available, and the genre usually ends around the 1950s. Both types of fiction use the industrialization of their respective ages as a base for the stories.

In dieselpunk, technology has been around a long time and new tech is not always a good thing. Rapid-fire guns, gas warfare, tanks, and planes all make the planet a scary place to live. Dieselpunk is more concerned with large metallic elements like steel and wrought iron, chunky utilitarian design, softened somewhat by the sleek lines of the Art Deco era, Mafia-style clothes, bomber jackets, war surplus outfits.

It’s the rise of internal combustion and diesel-powered electric generators – electricity! The hero can be found fighting the forces of socialism and fascism. It’s flying machines, air combat, infatuation with wartime materials, and dress.

Every popular genre has its own variants and subdivisions, as can be seen in the distinctions between the different types of fantasy fiction. This is also true for Steampunk which can also be categorized based on time periods or technology used during a particular time period. Just like alternate history, it focuses mainly on a divergence from our own timeline rather than a complete genre shift.

However, the most popular of the alternate history stories are set in historic events. Steampunk works are similar but less easily identified due to their variations. For example, one may not immediately think of corsets and large clockwork machines when they hear about World War II but this is exactly what is in Steampunk books like The Difference Engine by William Gibson and Bruce Sterling or Boneshaker by Cherie Priest.

During the early 19th century, the Industrial Revolution brought about dramatic advancements in technology while at the same time affecting living conditions. This resulted in two distinct reactions to life under these new circumstances. The first is that of bohemian intellectuals who used their art to provide an escape from the harshness of reality. The other was that of the poor who could not afford to abandon their jobs but had to contend with overcrowded cities and polluted air, water, and soil.

The first type of reaction is seen in works by authors like Jules Verne whose characters were often scientists or adventurers; these stories are referred to as Scientific Romances. The second reaction can be seen in much of the literature of Charles Dickens, especially his earlier works like Oliver Twist where he exposed the often short and tragic life of poor children in London.

Similarly, there are two types of Steampunk works based on whether they are set during the Industrial Revolution or another time period, often the 19th century. This distinction is based on which time period Steampunk started in and because it lasts throughout history, there are infinite possibilities for different types of works just like the other genres.

Here are some examples of Steampunk books that fit into these two categories: 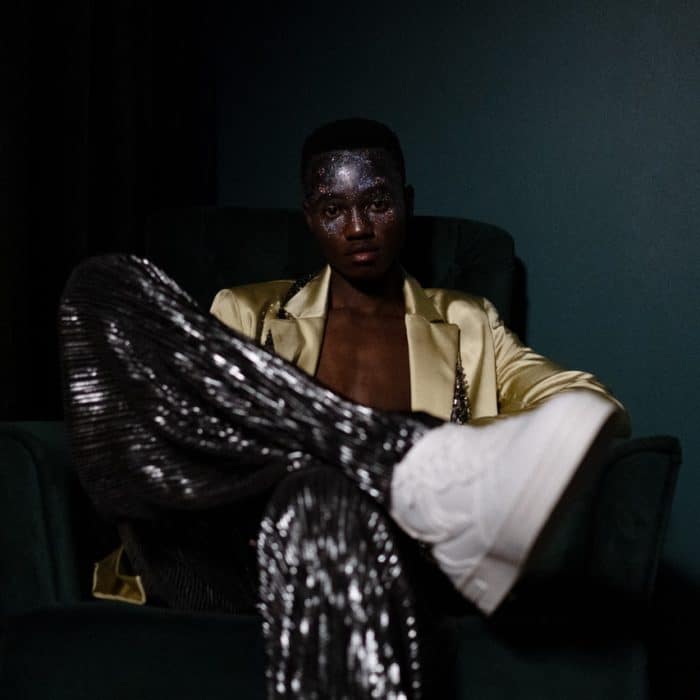 Dieselpunk takes place around the time of the First World War, where diesel power was available, and the genre usually ends around the 1950s. Both types of fiction use the industrialization of their respective ages as a base for the stories.

In dieselpunk, technology has been around a long time and new tech is not always a good thing. Rapid-fire guns, gas warfare, tanks, and planes all make the planet a scary place to live. Dieselpunk is more concerned with large metallic elements like steel and wrought iron, chunky utilitarian design, softened somewhat by the sleek lines of the Art Deco era, Mafia-style clothes, bomber jackets, war surplus outfits.

It’s the rise of internal combustion and diesel-powered electric generators – electricity! The hero can be found fighting the forces of socialism and fascism. It’s flying machines, air combat, infatuation with wartime materials, and dress.

In the dieselpunk world, people willingly give up basic comforts in favor of higher technology. There is a strong emphasis on the machine over man. The events that happen are often gritty and realistic. Dieselpunk characters usually have strong codes of honor and righteousness.

One of the many things that separate Dieselpunk from the other two genres is that it has a very specific time period in which it is set. Often, this time period will be during or around the First World War era. This gives off a completely different vibe to the stories and readers are able to get a sense for what life was like at this time. Although written as if in a fictional world, this version of science fiction will typically cover many real-world events and show what human life was like at the time.

Additionally, because Dieselpunk takes place in this time period, it explores some different themes than Steampunk and Cyberpunk, such as how people reacted to wartime materials or to fascism or socialism.

Notable examples of the Dieselpunk genre include the following:

Language styles between Steampunk and Dieselpunk are the main difference between the genres. A steampunk character would say “What ho! Well met, sir!” or even “you, sir, are a rogue and a villain. I demand satisfaction. Fisticuffs at three of the clock!” whereas a dieselpunk person might say “Listen, Mac, I just got off the blower with the big cheese. Gimme some of that giggle water and get your heater out. Looks like we’re the hatchetmen on this job.” 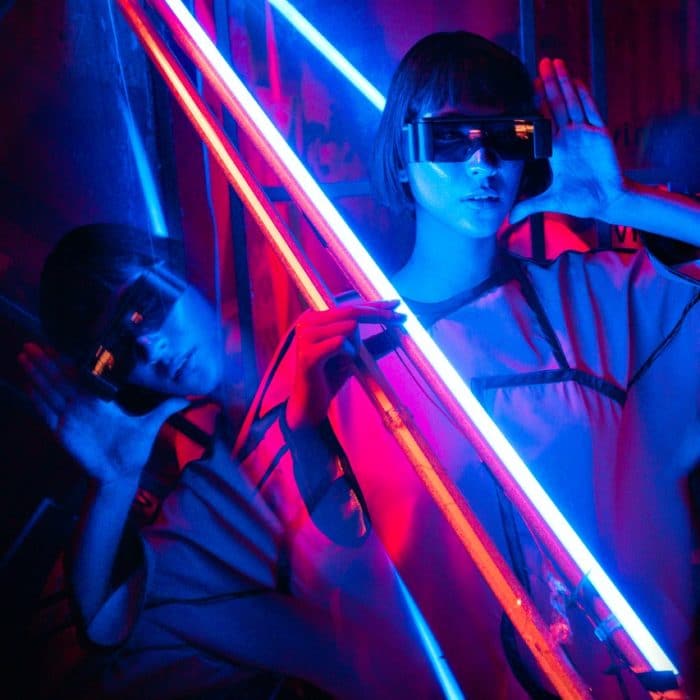 Along with these types are the generally dystopic futures in cyberpunk. This takes place not in the far-flung future of Buck Rogers, but right around the corner with the likes of Blade Runner or The Fifth Element. In these scenarios, there is a large underclass of have-nots that are either used or ignored by the upper classes in the glittering ultra high-rises.

There are flying cars, but the one the hero drives (flies?) is beat up. The elite live in cloud cities while the rest trudge in the gloom of the relentless rain, if not in a pollution-filled soup of an atmosphere. Everyone is connected online, like it or not, and the country is run by giant corporations, so the individual is lost in the shuffle.

In other words, the genre looks at the impact of drug culture, technology, and the sexual revolution but not in a fun way. The landscapes can be clean and colorful, but more often vertical cityscapes with the underclass (that is in a state of uproar and/or complete anarchy) way down below.

Cyberpunk dress features trenchcoats, plenty of shiny black leather or vinyl, hoses and other connections, breathing apparatus, colorful dreads, or dreads with wires sewn in – the clothes worn in The Matrix, Johnny Mnemonic, Blade Runner, etc. Plenty of pockets, zippers, and buckles! Apparently, there’s no food to be had in the future because everyone is so skinny! The byword for cyberpunk is “high tech, low life.”

Cyberpunk typically takes place in the near future with technology that is not far removed from what is currently available. There are no flying cars or other futuristic concepts, but there is often rapid technological change in other areas, including genetically engineered humans, artificial intelligence, and robotics which are prominently featured. The title was coined by author Bruce Bethke as a way to differentiate his work from what was being published at the time.

The language of cyberpunk is gritty, streetwise, and often darkly comedic, featuring a world where high technology exists side-by-side with outmoded ideas and rigid social structures. The reality of this version is perhaps even bleaker than the science fiction equivalent.

This punk genre has a distinct style that is popular in both book form and motion pictures. Here are a couple of great examples that have been popular throughout the years:

Steampunk, dieselpunk, and cyberpunk are all forms of science fiction that have been popularized in recent years. These genres each offer their own unique worldview and perspective on the future.

However, there are some similarities between these three genres: they mostly take place in a post-apocalyptic setting where technology has advanced to an absurd degree; they typically include alternate history plots with different outcomes than what we know from our reality, and most importantly they generally focus more on the aesthetics of society rather than hard sciences such as physics or engineering.